In autonomous driving, the safety of all road users comes first. With the aim of securing the AI functions in highly automated vehicles in the best possible way, automotive manufacturers, suppliers, technology companies and research institutions, including Fraunhofer IAIS, have been working together since summer 2019 in the "KI Absicherung" project. Now the project, which is funded by the German Federal Ministry for Economic Affairs and Climate Action, is completing its work as the first of four projects in the "AI family" of the VDA flagship initiative for autonomous and connected driving. The research results will be presented in Berlin on June 23.

Artificial Intelligence (AI) systems play a key role in enabling highly automated and autonomous driving. Among other things, their tasks include perceiving the environment, such as other vehicles and pedestrians, as well as comprehending complex traffic scenarios in order to be able to react to them adequately.

The project network of the KI Familie as a whole is addressing the opportunities and challenges that AI-based function modules contain. KI Absicherung was the first of four projects to begin in 2019. In the project, renowned automotive manufacturers, suppliers, technology providers and research institutions worked together to develop a methodology for a new type of security argumentation that systematically identifies, makes measurable and mitigates weaknesses in AI-based functions. In addition to the consortium leader Volkswagen AG, the Fraunhofer Institute for Intelligent Analysis and Information Systems IAIS took on the deputy management and scientific coordination of the project. "KI Absicherung" has, at its core, created an industry consensus for a methodological approach to systematically create an evidence-based safety argumentation.

To generate usable evidence, validation and test methods were developed in the project and integrated into the validation methodology. The project results extend beyond the use in the German vehicle industry. Among other things, they will also be introduced into the ASAM and ISO/PAS 8800 standardization committees relevant to autonomous driving. At the final event of the project on June 23 at the DRIVE Volkswagen Forum in Berlin, the safeguarding methodology developed by KI Absicherung will be presented to industry experts.

The KI Absicherung research project is part of the German government's AI strategy, which aims to position Germany as a location for the new key technologies and secure the German automotive industry's market leadership in automated driving in the long term. The project is funded by the German Federal Ministry for Economic Affairs and Climate Action with 19.2 million euros. 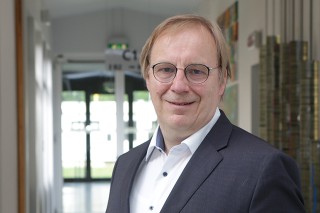